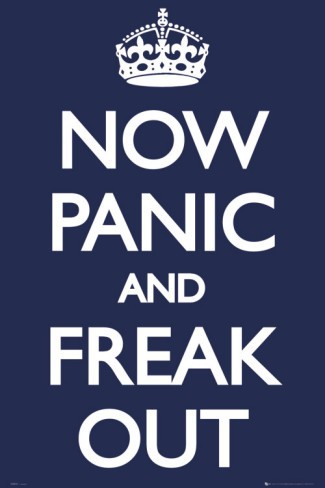 I recently read this article by Cass R. Sunstein (for the uninitiated, he is co-author of a psychology book “Nudge: Improving Decisions About Health, Wealth and Happiness.”)

The Cognitive Bias That Makes Us Panic About Coronavirus

Essentially, this article as the name suggests points out human folly of getting scared due to an exaggerated sense of their own personal risk and the reason of this “bias” is what he calls ” probability Neglect”.

This way of thinking is WRONG at so many levels, i don’t know from where to begin. But Lets start from the word, “Probability Neglect”.

Probability betting, or taking any decision based on Odds work in the fields where the VARIABLES while  unknown are atleast DEFINED. Say you are playing poker, you are dealt 02 cards. You can calculate the odds from that moment itself. With each additional card thrown in, (Bayes‘ theorem) the odds keep changing, but still remain within the DEFINED framework and therefore you can calculate it or make AN INTELLIGENT guess. And in the long run, accounting for luck, your results will reflect your ability to understand probability.

SHIT HAPPENS when you extrapolate this EXAMPLE into Real Life. Areas where VARIABLES are NOT DEFINED.

Let me try and explain this with Poker example itself. Lets say, you are playing the game with unlimited card decks. Now there can be 10 kings, 21 queens, 86 jacks, basically ANYTHING can happen.  Suddenly your 02 cards in your hand mean nothing. You cannot calculate the odds. In a usual game, with a Full house, you can safely assume (depending on people in the pot left) that you are most likely the winner. But with unlimited decks, there is NO WAY to gauge ODDS and therefore STUPID to bet.  To make it more REAL life, lets say these cards keep changing when they come in contact with sun light (bwhahaha)  Now you are starring at NOT a game, but a fucking Virus.

“best response to excessive fear is to put the issue of probability on people’s view screens, and to do so directly and explicitly”

Nothing can be more damaging an advise than this. It seems, India did take this advise rather seriously. Till Yesterday, we were not screening flights from Italy and other (KNOWN) infected nations.  #Rambharose

When you use tools used for gaussian curve (game of poker) to environments where FAT tails exist (VIRUS), it is functionally equivalent to trying to tame the TIGER with a leash used for a pomeranian dog.

To understand this concept deeply, readers are advised to study the concept of “POWER Laws” classes of probability distribution.  In laymen terms, Nonlinear payoffs can be Asymmetric beyond the wildest imaginations of your average academic psychology professor.

measured Not in %age points, but N(x)

Nasim Nicholas Taleb, a dude i follow has been shouting from roof tops to bring this precise point

Please read this fascinating paper written by him on this subject.

Twitteratti is full of these examples where this rookie mistake is made of trying to take solace from history. Precedent is ALL we have. That is how we know something works or not. Why would you do Value investing if it didn’t work in the past. While this LEARNING from HISTORY is a perfectly valid POINT. It holds true in gaussian structures. You cannot learn/extrapolate from past BLACK SWANS about the NEXT.

here is an example

Comparing Viruses based on Precedence is precisely that problem.  This is OUT OF SYLLABUS stuff, your back-tests are of NO HELP here.

A VIRUS and its manifestations including mutations and Second order effects of panic and third order effects of geo-politics thrown in BECOMES A LIVING BEAST. in short, the VARIABLES are NOT DEFINED, NOT bounded.  You don’t take Probability bets when the variables are NOT defined.

SO WHAT SHOULD YOU DO.

PANIC Now and PANIC Early rather than REGRET later.

Age old saying Holds true, PREVENTION is BETTER THAN CURE. The real heroes in any society are the PREVENTIVE Medicine guys who take the wrath of the world in creating paranoia so idiots like Thaler and Sunstein can ridicule them, call it some bias and sell a damn book.

I leave you guys with this BILL GATES video where he describes “one of these days, We will GET it. One mother of a Virus and We ain’t ready.

Read this article as well.