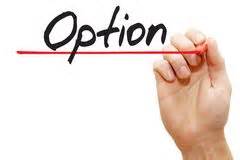 This is a 2-part series to explain the complex world of Option Writing.  You will hear a lot more as we branch out and create educational content on this subject. So stay tuned.

The two parts are contradictory. That, in effect, is the way of a stoic. In the first part, we outline our concept of earning income from options through option-writing premium. In the second, we will explain how people blow up their entire net-worth writing options (Still with us?).

The closest analogy to what I do with my options trades,  is running an Insurance business. I buy options too, but that is very rare. When I have some confidence on the estimated earnings.

I sell those inflated Calls and Puts by creating Vertical spreads, Ratio Spreads (rarely), Covered calls, Iron Condors and Collars. If you are getting confused with the jargon, don’t worry, we will explain and devour each and every topic in detail.

We have taken a lot of inspiration from some great Option Sellers the world Over, but we do not agree with them wholeheartedly. While we are completely in sync when it comes to treating Options as depreciating assets and ranking them based on their Implied volatility, we do not share their distinct hatred for other ways of making money.

And so to demean any other way of making it big in the markets like trend following, value investing and other outliers is nothing short of arrogance and commitment bias.

Second and the most important point where we disagree with conventional option selling wisdom is trades with unlimited liability. This is something that we will cover in Part 2.

We believe that Option selling community suffers from the Man with a Hammer Syndrome and they fail to recognize the Fat Tail distribution while over-relying on the Gaussian Distribution, treating it as a holy grail

That said, we believe Option selling is a wonderful way of adding a regular income stream to your overall portfolio. We also believe that Options can be a wonderful tool for hedging your portfolio against imminent dangers ahead.

Options also are a wonderful tool to buy the stocks that you are interested in a lot cheaper by way of OTM puts.  We will explain all this and more as we continue in our journey together, so stay tuned and subscribe to our newsletter.

In part 1, you read that we treat Options as a depreciating asset.

Keeping the above statistics in mind, does it make sense to have un-hedged unlimited risk strategies of selling naked options or any strategy like straddles and strangles with unlimited downside?

The back tests and empirical evidence suggest, you can make money doing that, however

“The Empirical evidence does not work in case of FAT TAILS”

This simple line is very hard to register. Option sellers write code after code, extract nth amount of data and back-test their code to draw their conclusions. They figure out ideal dates to expiry (dte), ideal volatility when to short, ideal time to square off the position based on past information.

The problem is not with the process of back-testing. Their process is very robust. Problem is the source where they are applying the back-test on. The back test is not foolproof.

If you ask the wrong question, you cannot get the right answer. The Gaussian distribution curve on which the Black Scholes model is based, works in mediocristan, a term used by Nasim Taleb.  It PRESUMES that  financial world is governed by normal distribution and a 5 standard deviation away moves are rare and will have mild consequences.

But is that a fair assumption?

Gaussian distribution based analysis can work wonderfully in a game of POKER where the said variables are finite and interact with each other in a pre-determined way. You exactly know the %age chances of any hand winning and its changing probability based on new card information that keeps coming in. But in the world of Stock markets, or Extremistan, as Nasim Taleb calls it, the fat tail distribution prevails. What that essentially means is that the variables are infinite and their interactions with each other is not known. In technical terms, their sigma is undefined and their variance is not bounded. In layman terms, one thing leads to another which leads to another and a house of cards comes crumbling down. So what happens when data naturally arise from a fat-tailed distribution, and you have normal distribution model of risk to gauge an estimate of the corresponding sigma which you have derived based on your backtest done on a finite sample size?

You would be like a small boat in front of a 100 feet wave which your back test never predicted, because it cannot. It is not a black swan event if a mundane back test can predict it!

Many—notably Benoit Mandelbrot as well as Nassim Taleb have noted this shortcoming of the normal distribution model and have proposed that fat-tailed distributions govern asset returns.

Finding solace in empirical evidence derived out of back-testing done on the Black Scholes model and applying them on real markets, is the functional equivalent of holding a tiger with a leash used for a Pomeranian dog.

If you have been writing naked options all along, It is NOT a question of IF, but WHEN you get blown away.

Any strategy with unlimited risk + leverage is collecting pennies in front of a steamroller, 1 slip & you are wiped off, the narrative keeps changing.

Some people use a rebuttal that we will position size properly and everything would be fine. Try and do that, if you position size properly, to account for a black swan, you will earn a lot less than an FD would earn you on your entire portfolio. The only time it makes sense to write options NAKED is when you have enough cash to buy the underlying asset.

Another mistake option writers do is by calculating risk on per trade basis and not the overall heat of the portfolio. You see, when a black swan comes along, it takes horses, donkeys and mules, all with it.

And so, it is just a matter of time when your luck will run out

Watch this Video, how Niederhoffer blew it all up. He was averaging 30% cagr for 20 years prior to this. Apparently he stretched his luck too far.

The message is clear and straight forward. If you get it, it’s just one simple sentence of common sense, if you don’t, you will grapple with it for the rest of your life. If a gun is loaded on just 1 out of 6 barrels, and you don’t know which one, Would you pull the trigger holding it to your head, if say, I offer you a million dollars?

I wouldn’t, it is That simple.