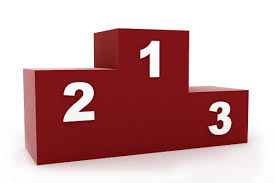 And so the Jury is in…

Let us put this debate to an end, at least from my side. After endless, to and fro conversations and debates on social media, I conclude that it is not difficult but almost impossible for anyone to admit to himself, leave alone anyone else that all along he/she has been wrong. Applies to me 2.

It requires character and intellectual honesty to do something like that. Like Charlie Munger said of US FED governor at the time, It requires a lot of gumption to admit that you have been a horse’s petute.

Admitting to your mistake is also difficult when there are incentive caused biases attached to it.

“It is difficult to get a man to understand something, when his salary depends upon his not understanding it!”

Anyways, The whole purpose of this blog is to bring forward empirical evidence of what works and what doesn’t.

Idea is to be non religious about a given situation and decide about our course of action based on rational and evidence.

And so I have prepared a Ranking of Market participants based on results they would get depending on what they follow.

At top of the rank comes an Investing style propagated by Charlie Munger himself. That is value investing in its purest and sexiest form. Concentrated, infrequent and then Sit on your Ass.

This video will probably explain his modus-operandi better.

we have the second Outlier Eugene Fama was scared of ‘The Momentum’.

In short it is staying with a winner, discarding the loser.  For a detailed back test, please see previous blogs.

This system is number 02 in returns, and number 1 in(less) drawdowns.  if you are not bothered about volatility and you do not consider it a factor, Charlie’s way is appropriate.  Just in case draw downs make you puke or you have stomach issues, Momentum Strategy all of a sudden Takes NUMBER 1 on the podium as Charlie Style investing comes with a caveat that you have the balls of Steel.

This is an approximation, how it looks on graph.

we have Dollar cost average or SIP buyers. These guys admit that they have jobs to do and do not have time or inclination to spend on investment decisions so they outsource their investment to someone else. To take away the biases resulting in bad timing decisions, they keep buying every month. This strategy helps the investor to participate in a country’s growth.

There are few smart people who actually do SIP in strategy 2.  You  see doing a SIP is not an investment strategy, it comes out of compulsion that you get salary every month, so you gotta save every month. But at number 03 I am putting blind sippers who are buying every month in their chosen mutual fund.

And outside the podium is the vast majority, about 80% of the participants who buy at the top and unfortunately (not mentioned in previous blog) sell at the bottom.

The below estimation needs to be taken with a pinch of salt and is only an approximation.

The vast majority at Rank 4 would get negative returns, the SIPPERS would get return of around 11-18% with 50% drawdowns depending upon whether they were lucky to get bear markets early in their career. Bear in mind SIPPERS would be sucked dry if they a) did not get any bear markets in their early years and b) if they get one in their late years when they are retiring. SIPPING starts becoming a horrible idea as you move closer and closer to your retirement due to risk/reward matrix.

Momentum investing and Value investing (Charlie style)  (*Not closet indexers who call themselves value investors, ppl who are already rich and are in the market only to preserve capital) is where you start talking about Financial Independence within the age you get to enjoy it.

Now There are a lot of Flaws and issues with this blog, However you have to admit that it is Broadly right and not precisely wrong. And that is the IDEA.