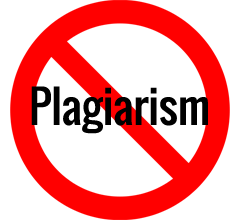 At one end of the debate is a statement,

What that essentially means is that you cannot reinvent the wheel, you only carry forward from where your predecessors left off. Nobody is born intelligent from the womb, a man is a sum total of what he reads, experiences and gather over a lifetime.

Newton said something on the same lines when he uttered,

“If I have seen further, it is by standing on the shoulders of giants.”

While all that is correct, the other end of the argument is that you need to THANK and attribute that shoulder you stood on. And using the knowledge shared by others in ‘Seeing further’ is totally different from actually copy pasting that knowledge and calling it your own.

Jatin Khemani of Stalwart Advisors recently brought to attention a case where another SEBI registered advisor blatantly translated his original work into a regional language and did not give any attribute or acknowledgement. (It later got settled when the accused apologized and acknowledged his mistake)

Off late the biggest uproar was created when a book “Art of Thinking Clearly” which became a best seller came to light as a work of plagiarism.

First of all I want you guys to read this .

Now I want you to read this

Now I know that benefit of doubt should be given before passing strong judgments in life, however when there is so much smoke, it just can’t be without fire. Not 01 but 02 authors claimed that Mr Dobelli just copy pasted their stuff. And these 02 are the ones who showed up, there can be no count of authors who are not aware that their work has found a new home.

That brings me to an interesting incident that happened when Mr Dobelli came to India and gave a presentation (I was in the audience).

While bringing home the point about base rate Neglect, Mr Dobelli said

Ram is a thin man from India with glasses who likes to listen to Mozart. Which is more likely? a) Ram is a truck driver or b) he is a professor of literature in Delhi University.

And then he concluded that of course Ram is more likely to be a Truck driver. As number of Truck drivers are a lot more than professors in India.

As soon as I heard this baloney, I figured something is just not right. I looked at Safir Anand sitting next to me and he looked equally baffled.

Mr Dobelli in his typical copy paste (Click whirr) expertise simply ignored the context (country in this case) In India, truck drivers are not likely to speak or understand western language or music and therefore sheer number does not change the base rate. (The actual number we are looking for is truck drivers who have heard of (leave alone like) Mozart).

A basic proof check of examples would have saved this embarrassment.

Back to the topic of plagiarism Make no mistake ladies and gentlemen, It is very very difficult to reinvent the wheel, only a handful of genius can come up with something original (Read Ed thorp) You see Benjamin Graham was not the father of Value investing, it was there even before him, he was articulate enough to assimilate all the relevant information and present it aesthetically accentuating it with his own live examples.

The concept of black swan is attributed to Nasim Taleb, however it was there earlier too. Taleb was able to articulate it and present it as an entity adding his own experiences.

So there you have it, a clear demarcation between Intellectual work of assimilation with your own understanding and examples Vs blatant copy pasting that plagiarism is.