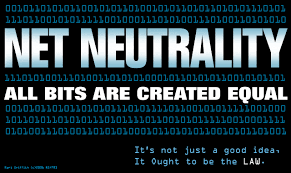 A few of my friends signed up for Free basics promoted by Facebook and I came to know of it through Facebook as they promptly popped that up creating a social proof and a self fulfilling prophecy, a herd movement.

Remember, Facebook itself became so big based on this HEURISTIC. 5 people had it, so 8 decided to join in, and since one college had it, all universities joined in. One state had it, so other states felt left behind and then the same insecurity among countries.

Now I am not saying, its a bad thing. I am just putting things in perspective. This is how you get a billion dollar valuation for a loss making entity.

See this video to see how social proof works.

Funny thing is, participants vouch before and after the experiment that other people’s behavior did not in any way affected their decision making.

Nothing can be farther from the Truth, ladies and gentlemen. Everything we do, and I mean everything is done in consideration with the rest of the world. What world says or does makes a HUGE dent to our psyche.

How else did u make an account with Facebook at first place by the way. Think about it. Was that a well thought, weighing in all the pros and cons, independent decision. No, it was a combination of social proof and FOMO.

10 people you knew, had it and were talking about it and then the fear of missing out took over.

I am of-course talking about 99% population and not 1% or less rational human beings.

Another important point worth mentioning here is that your probability of being in that 1% is very very less. (Over confidence bias would ensure that at least 70% of people reading this article would think that they fall in that 1% rational people list)

Let me bust your chops. You are going to get influenced by your friends clicking on support the free basics button. There is no doubt about that. It will instigate you at a sub-conscious level to do the same, to be in a group especially when its made so easy, just 1 click and you are done.

And you are going to do this irrespective of what you actually thought about the subject.

You see the thing is you click first and think later and when that is the case, you will think what you have clicked. Let me explain.

If you think before you click, All is well. You will weigh in pros and cons, listen to both side of arguments. Make an informed decision. However if you are under influence of social proof, you will only listen to one sided argument, click and later showing commitment to what you have done, find 5-6 more reasons justifying what you have already done. All this happens at such a subtle level, that people don’t realize that they are justifying and defending something they don’t even believe in.

Religion is one example that comes to mind.

I mean, think about it. Anybody who is vandalizing, ransacking a place for a cause has not picked up these little nuances in any holy book, I am sure.

Coming back to the topic at hand. I would like the audience to please listen in to both sides of the arguments before clicking on the button. You can use this advise on every topic of your life. (i try to do it myself)

Find below the videos bringing home their respective points.

Or THIS SIDE OF THE WORLD.

As for me, I am totally convinced that this is a BIG game that has been played. Another example of the game is what i know is “Status Quo bias”. Depending on what you want the audience to do, you create the compliance for the opposite difficult and easy for your option.

If you want to support free basics, its just a click away and all your friends are doing it, and you get to post it on your wall straight away. And anyways that is a default option if you don’t object.

If you want to support net neutrality, you have to login and register with a govt website, and then follow the procedure or write a mail to the TRAI officer and answer some 15 questions.

Well status-quo ensures that not many people will go out of the way.

Well breaking that mould, I did my bit.

Another point to ponder is the social impact appeal of facebook. Well, freebasics.com is a (.com) and not a .org so social message has to be taken in that context.

If ITC (tobacco company) does charity work in their CSR, it doesn’t give them brownie points does it. When you earn a living by killing people, charity is nothing more than a guilty trip charade.

It is in vested interests of telecom companies to have an arrangement where net is not neutral. This has huge implications ladies and gentlemen as we are talking about freedom of expression.

The only videos that can go viral in such a set-up are the ones which telecom and Facebook wants to go viral. In effect they will control public opinion. Nothing can be more devastating than that.

United states among many other countries have already taken to net neutrality and discarded any such stupid attempt. In fact ironical as it may sound, facebook would not have flourished if lets say Orkut had created a free basics in US.