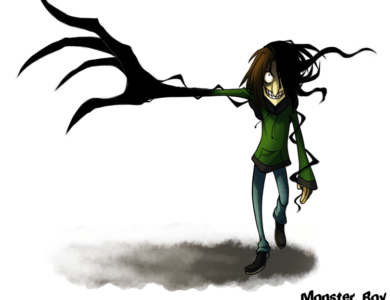 An article in Mint

Please read the above article before you read my blog below any further..

Now my Critique.Topic of the article above is

And then as a starting line author says

If customers still lose money in a Ulip, the reason is not disclosure or non-disclosure of charges, but staying the policy term, paying the committed premium, and also the underlying fund performing well

I agree that reason a customer will lose money is not disclosure or non disclosure of charges, but the fact that it is a BAD Product.

Let us explain the CONCEPT of Losing Money first.

Losing money does not mean a negative return in numerical terms only but any amount that does not beat inflation. See on paper, after 30 years of dormant existence, even your FD would increase in amount, that is not an achievement; that is serious under performance.

Now that we have explained the concept of LOSING MONEY, lets see where ULIPS fair.

ULIPS are a hybridization of mutual funds and Insurance.

I know a thing or two about hybridization as I am a Punjabi married to a Ladakhi girl.  When my wife was pregnant, this was my biggest fear, i was scared that we might become parents to a ULIP.

When a Beautiful & cunning dame named Actuaries make out with Ugly Unethical guy named Sales, We get a monster BOY named ULIPS.

Why is ULIPS a Monster Boy.  It is because it takes bad features of both its parents. That is a risk you run when you do hybridization. The kids are never average, either you will have good looking heart break kid lady killer (my kid Zohan falls in that category, luckily) or you will have ULIPS.

Why do I say that…

This one line above sums up what ULIPS will do for you. It will cover you for 5 times or is it 10 times your annual premium. Which will amount to some peanuts and change for your loved ones to eat in your absence.

If you survive, because of the rip-off charges on account of this fees and that fees, you will be handed over, once again peanuts and some change.

There was no comparable benchmark and even a 60% charge, spread over the term of 20 years, was a 3% charge per annum, taken upfront, thereby optimizing the investment.

Optimizing What?  Finance industry is known to show the benefits and power of compounding to its clients to lure them into long term thinking and buy and hold. How about applying the same principle of compounding on above statement?

3% charge p.a compounded for 20 years is going to take all the alpha a closet indexer fund manager is going to generate (if at all).

Author says that problem started when short term thinking took over for a product which was meant for long term. My argument is that it is a horrible product, even for long term.

Another point author raised in favor of ULIPS is that they bring transparency compared to endowment and money back baloney run by LIC.

For once, i agree with the author, endowment and money back plans is one BIG legal Ponzi scheme run by the government with a sales agent in every nook and corner of the country. No wonder LIC has all the money in the world to do its “VALUE INVESTING” in PSU banks.