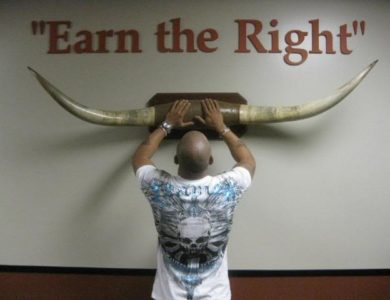 I just don’t know why, I always find myself in the minority who is thinking almost pole opposite of the flow. May be I have read one too many books on contrarian investing, (Ironically I follow trend in my investing, mostly)

My wife says, ‘may be you get a sadistic kick out of debating against a group think”. I don’t know about that but I have a very simple point to make.

My Point is, demonetization is done to extinguish the black money hoard isn’t it.  That being settled, the next obvious question to ask is who has the maximum hoard. You don’t need a degree in forensics to answer that.

Coal scam, chara scam, 2g scam this and that scam and we can safely say that the heaviest bori of dough is with the dudes who are at helm.

Now whenever you go out to solve a problem or a crime, the easiest thing to do is to catch hold of the escape goat and punish him hard. That anybody can do and 99% of managers do just that. They don’t take the pains of following a technique called asking 5 whys? To come to the real reason of the problem, you need to dwell 05 layers deeper and solve the problem that the fifth or sixth why reveals.

Similarly while solving a crime, catching hold of the last chain assassin who was working for few 100 rupees is Easy and pointless and that is what Mr Modi has done with his demonetization scheme.

There is another BIG POINT I want to make.

Before you become a messiah and flag bearer of ANTI Corruption, you have to earn the right to do it. When did our Prime Minister become the flag bearer all of a sudden. Self proclamation is not the criteria surely coz by that standard Salma Hayek owes me things I can’t mention here.

Who on earth made him my Hero, what did he do to become one.

Let me explain what I am saying, If my Prime minister had come clean by cleaning his own closet first, by taking some action like raiding a few politicians (including BJPs), making them disclose assets, and take action against disproportionate assets, by making political donations public so we know what vested interests lie behind every decision, only then I would have given him a status of a hero.

Since he is not a hero, he has no right to hold that flag and fly it and surely he cannot have the audacity to make a billion people suffer and give out a speech asking people to take the pain joyfully dangling a patriotic lollipop.

It is not easy to be a HERO, and so anytime somebody puts a claim to it, my antenna gets activated to spot for a potential baloney.

You see, don’t get me wrong, I Voted for Mr Modi myself, and he is doing fine, but please do not make a hero out of him. This is our inherent problem it seems, either we worship or burn the effigy.

If you sit and calculate the risk reward of demonetization, you would realize that the risk was not given its due in calculations as it affects the cattle class and reward was given more worth because there is more than just economics at play.